The Nimmo Insurance Agency was established in 1937, by John C. Nimmo, SR. and moved from his office at home to Buffalo in 1958.  John Nimmo was joined by his son Doyle, in 1962.  The family business was passed over from father to son officially in 1970.

Glenda Crawford has been a member of the Nimmo Insurance team since 1978.  Needless to say she has extensive knowledge of all the lines of insurance but specializes in the commercial lines.  She also keeps the agency running smoothly by handling the office administration and accounting and is always available to offer support to the remaining employees.  Glenda was born and raised in Buffalo and married her husband Dan after high school.  They have two grown daughters and four grandchildren.  In her spare time she enjoys working with her flowers and growing a big garden each summer.

Leslie Haney was born and raised in Dallas County and has been with the agency since 2004.  She is a licensed agent in all lines of insurance but specializes in personal lines.  She also has a large knowledge base for life and health insurance and medicare supplements. In 2013 Leslie received her CISR accreditation from the National Alliance. Her and her husband JR have one son and currently live in Bolivar where her son is going to college.  In her spare time she enjoys being outdoors and loves to watch her son play soccer.

Doyle Nimmo –Agency Principal joined the family business in 1962 and worked alongside his father John C Nimmo.  In 1966 Doyle purchased the business and has been the backbone of the agency ever since. Over the years he has served as a director on various insurance boards and local community boards.  He continues to be in the office the majority of the time but loves to take time off and work around his farm and take care of his Black Angus cattle.  He and his wife Carol also enjoy spending time at the lake.

Devona (Nimmo) Allen was born and raised in Buffalo.  She joined the family business alongside her father in 1994.  She is licensed in all lines of business but specializes in personal lines.  She has proven her commitment to the industry by attaining her Certified Insurance Counselor designation in 2007 and currently serves on the board of directors for the Missouri Association of Insurance Agents.  Not only is she dedicated to the insurance industry and the agency, but enjoys being involved in the community and volunteers many hours of her time by serving on various committees in our community.  She enjoys spending time traveling with her husband Jeff and watching him drag race on the weekends. 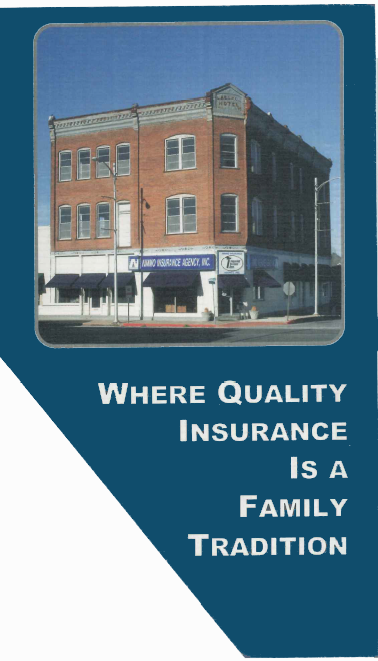